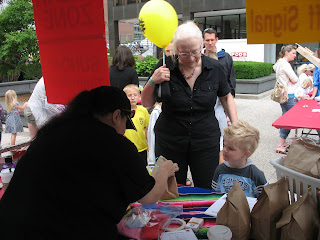 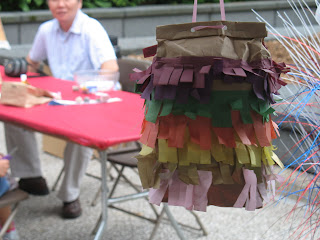 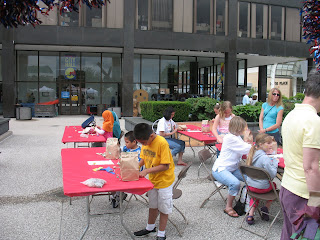 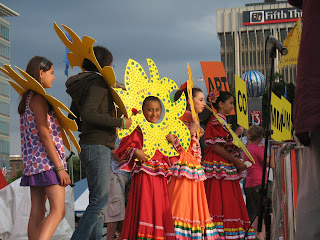 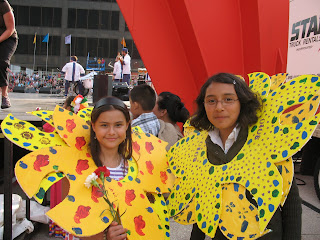 The Cook Arts Center was pleased to participate in several activities in downtown Grand Rapids' Festival of the Arts celebration on June 4-6. Grupo Tarasco, the dance company of the Cook Arts Center, delighted the crowd with traditional Mexican Folkloric dance during the evening opening ceremonies on Friday, June 4. In addition, several of our Cook Arts Center students were able to get up on stage and show off some giant suns which they had created just for Festival.

On Sunday, June 6, the Cook Arts Center hosted the art activity in the Kid's Art Zone which is a free spot for kids and families to make a creative art project. We led the kids in making a paper bag piñata. Each piñata contained a treat inside so that the kids could break their piñata open at home later on.

Thank you to all the students and volunteers who helped make these project happen!