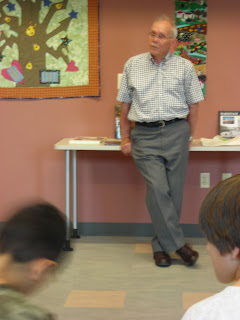 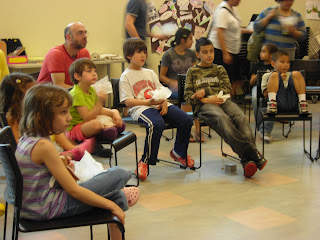 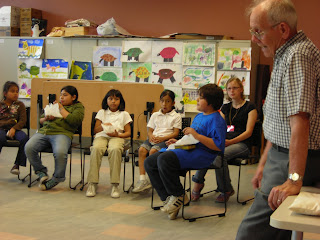 Every third Thursday of the month, the Cook Library Center hosts a Tolly Time storytime for children which includes a guest reader and at the end of the program each child is able to pick out a free book for his or her personal library collection. Our guest for the month of April was with Dietrich Roth. Dietrich immigrated from Germany after the war. He talked to the children about his life in Germany during the war and the struggles he and his family faced. He was an engineer who later started company with some partners called RoMan Manufacturing. His son Bob Roth is the current president of that company. Dietrich's telling of his personal history had the children hanging on his every word. Thank you, Dietrich, for being our April Tolly Time guest!
Posted by Grandville Avenue Arts & Humanities at 8:48 AM