In August we held the 6th annual Girls Rock! Grand Rapids camp at the Cook Arts Center. The camp encourages creativity and confidence through music for campers ages 8 to high school. Camp has doubled in size since it first began, and as a result, we have created a separate high school track for teens. This year there were two teen bands: The Midway and Calling Shotgun. 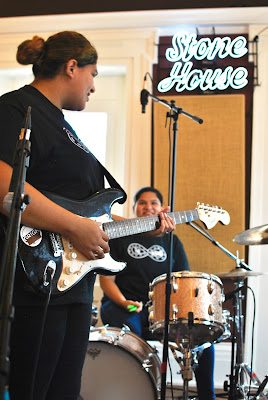 The Midway included both first time campers and return campers. Twin sisters Ailyn and Giselle were inspired to join Girls Rock after seeing their younger sister, Nadia, perform on stage with her band during previous camp years. They learned their assigned instruments quickly and by the end of the week, The Midway wrote their own original song, recorded in a professional recording studio, and performed at the showcase at Wealthy Theatre. 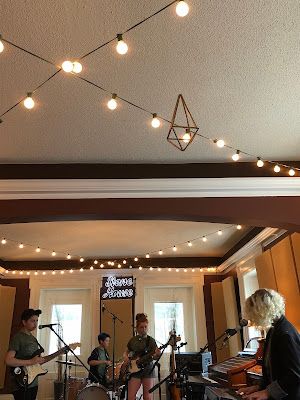 Members of Calling Shotgun had all attended Girls Rock camp before and used the week to fine tune their songwriting. After a successful performance, the close-knit group decided to continue their practices and now meet weekly at the Cook Arts Center.

The 2018 Girls Rock album is set to be released on November 8th during a special friends and family party at Cook Arts Center. You'll be able to listen to the new album, along with releases from the previous years, on the Girls Rock! Grand Rapids bandcamp page. (https://girlsrockgrandrapids.bandcamp.com/)

Photos courtesy of Adrianne Braun and Steffanie Rosalez
Posted by Unknown at 1:45 PM